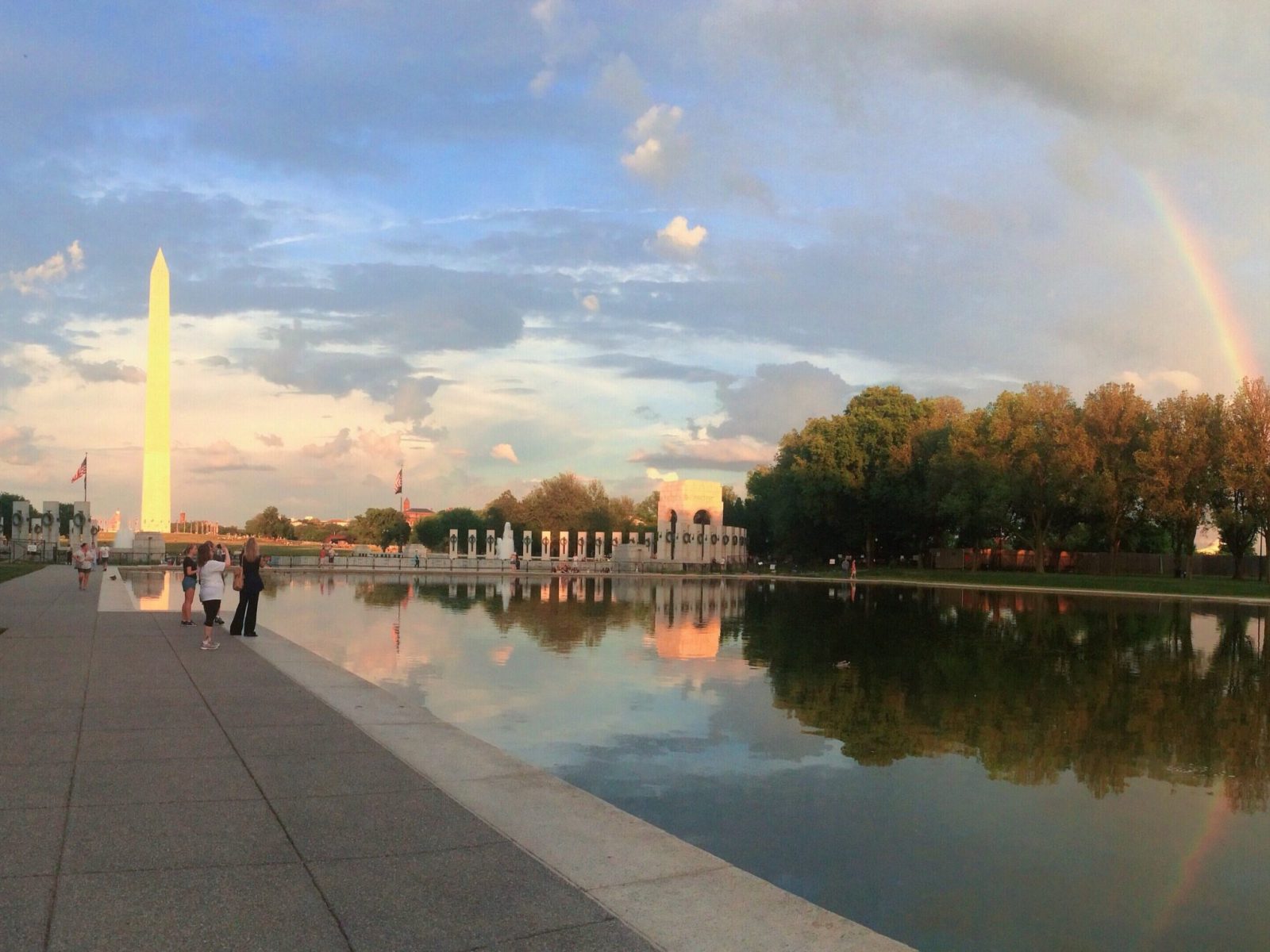 There’s no shortage of attractions to explore and things to experience in and around the nation’s capital. It’s a city with a little bit of everything to please history buffs, foodies, and culture lovers. But the city also hosts numerous lesser-known places worthy of sightseeing adventures—some unusual, some whimsical, and some downright bizarre.

Secret Entrance to the White House

Impress your friends and visitors with your knowledge of this secret passageway. The alley entrance is located on the south side of H Street NW, between 15th Street NW and Vermont Avenue NW, next to BAU International University at house number 1510. It’s not very glamorous (local retail employees regularly hang out here to smoke), but it will make you sound like an insider.

This quirky tribute to one of the country’s best-loved presidents is located in the Peterson House, where Lincoln died. The 34-foot-tall stack of books is dedicated to the life and times of the storied 16th president standing in the middle of a spiral staircase. It consists of 6,800 books (these are replicas made from fireproof bent aluminum to eliminate the threat of fire). All painstakingly recreated by artists to make the book “jackets” look more realistic) stretches three floors high.

In 1984, the Department of Agriculture and private donors arranged to display the sandstone columns that once supported the U.S. Capitol’s east portico at the National Arboretum. The Corinthian columns are still in immaculate condition in a beautiful location, with some of the most stunning views of the cherry blossoms off of the Tidal Basin. Follow the path for a self-guided tour around the columns to see all of the trees in bloom.

Although no written accounts exist, due to the Underground Railroad’s clandestine nature, oral history passed down through generations identify a windowless brick structure in Mount Zion Cemetery as a place escaping slaves sheltered. The building was once used for wintertime corpse storage when the ground was too hard for digging and provided a safe space for slaves, even though they had to share it with deceased bodies.

Tucked in a quiet corner of Georgetown is the Spiritualist house of worship, the Church of Two Worlds. Housed in a former Methodist church building, it looks like any other traditional place of worship, complete with a brick exterior, tall wooden doors, and stained glass windows. But the Church of Two Worlds is far from typical. Followers believe that the soul continues to exist after the death of the body and that believers can communicate with the dead.

D.C.s Logan Circle neighborhood is home to one of the city’s most quirky “art installations.” Stop by Q Street NW to visit the ever-changing display of Barbie dolls in all sorts of poses. With an Instagram account that boasts 7,000 plus followers, the scenes celebrate holidays, politics, and an array of other occasions.

A monument featuring the carved busts of pioneers Lucretia Mott, Elizabeth Cady Stanton, and Susan B. Anthony, who launched the women’s movement and first fought for women’s right to vote, is situated in the U.S. Capitol Rotunda. A gift from the National Woman’s Party in 1921, it was begrudgingly accepted by Congress and placed in the Capitol Crypt for the next 60 years. According to urban legend and many Capitol tour guides, the conspicuous uncarved marble block is reserved for the first woman president.

The scandalous, 12-ton marble rendering of the First POTUS caused quite a sensation when first unveiled in the Capitol Rotunda. Concerns that the massive statue would collapse through the Rotunda floor, taking part of the Capitol down with it, ended with the eviction of number one from its original location to the east plaza, where it remained for 20 years. It was moved again in 1908 to the Smithsonian Institution, and finally to the new American History Museum, in 1963 where he resides, shirtless and toga-clad, to this day.

San Francisco may have Fisherman’s Wharf, but D.C. is home to the oldest continuously operating open-air fish market in the United States. The Maine Avenue Fish Market is famously full-service, and most vendors will cook and season the seafood to order. And in true Chesapeake Bay fashion, “seasoned” means one thing and one thing only: a heavy-handed dose of the ubiquitous Old Bay.

While you’re in residence at Thomas-Markward Hall, we hope you have the opportunity to unusual ones mentioned here. Visit these unique attractions with a new friend from Thomas-Markward Hall to join you (it’s a great way to get to know someone), or surprise your visitors with your knowledge of the more, shall we say, unusual sights.